RSVP to [email protected] by 9 am on Sunday, August 30 to receive a link to the concert

Program (not in concert order) 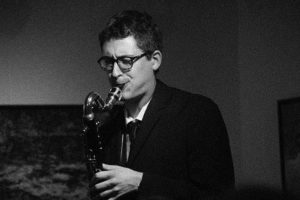 A versatile musician for whom “alternative or avant-garde approaches to his instrument are only part of the everyday tool kit” (Georgia Straight), clarinetist Liam Hockley is a dynamic performer of classical music and passionate advocate for new and experimental music.

Recent concert engagements include Vancouver New Music, Music on Main’s Modulus Festival (Vancouver), the SALT New Music Festival and Symposium (Victoria), KLANGRAUM (Düsseldorf, DE), the Stockhausen-Konzert und -Kurse (Kürten, DE), Quiet City (Vancouver), A Place to Listen (Victoria), the Banff Centre for the Arts and Creativity, NUNC! (Evanston), and the Kuandu Arts Festival (Taipei). Liam’s work in the field has garnered him many accolades and awards, including an interpretation prize at the Stockhausen-Konzert und –Kurse Kürten. He has been featured as an Emerging Artist in Residence with the Music on Main concert series and directed the Ensemble in Residence at the Simon Fraser University School for the Contemporary Arts during the 2018/19 academic year. Along with composer and tubist Max Murray, he is the co-founder and co-director of the Arbour concert series, based in Victoria BC.

Liam holds a Doctor of Musical Arts degree in clarinet performance from the University of British Columbia, where his research was supported by a prestigious Joseph-Armand Bombardier Canada Graduate Scholarship (SSHRC) and a University of British Columbia Doctoral Fellowship. He maintains an active performance and teaching schedule in Vancouver and on Vancouver Island.