Pro Musica Society of Vancouver (aka: Vancouver Pro Musica) is a Canadian federally registered charity non-profit organization (#888936572RR0001). We rely on the kind support of music enthusiasts like yourself...please give generously. Thank you.

Meet three Vancouver composers at this free (by donation) event. Learn about their unique career paths and get ideas and support for your own musical career!

More about the Presenters: 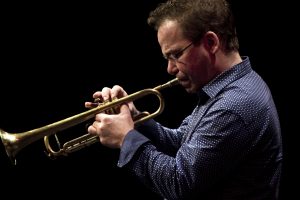 As a leader, Brad has released nine albums, seven as a trumpeter with the Brad Turner Quartet, and two as a pianist with his trio. Three of those releases have been nominated for Juno awards.

In 1997 and 1998 and 2017 Brad won Juno Awards for Best Contemporary Jazz Album recognizing his work in the internationally acclaimed electric jazz group Metalwood.

Winner of National Jazz Awards for Jazz Composer of the Year (2000 and 2002), Brad was awarded Musician of the Year for 2005, and was a recipient of 2006 Victor Lynch-Staunton Prize for excellence in musical achievement.

In 2008 and again in 2009, Brad took home National Jazz Awards for Trumpeter of the Year and Producer of the year, and was the recipient of the 2014 Vancouver Mayor’s Art Award for music.

Brad has been a member of the jazz studies faculty at Capilano University in North Vancouver, B.C., since 1992. 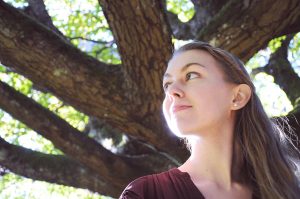 Named as one of Canada’s ‘hot 30 classical musicians under 30’ by the Canadian Broadcasting Company; composer, improviser, and vocalist Katerina Gimon’s uniquely dynamic, poignant, and eclectic compositional style is rapidly gaining her a reputation as one of the most distinctive emerging voices in contemporary Canadian composition. Katerina’s music has been described as “sheer radiance” (Campbell River Mirror), “imbued…with human emotion” (San Diego Story), and capable of taking listeners on a “fascinating journey of textural discovery” (Ludwig Van). Her works have been performed across Canada, the United States, Europe, and Asia at prominent events such as ACDA Conferences (National and Regional) and Choral Canada’s Podium Conference, as well as at renowned venues such as Carnegie Hall, Orpheum Theatre, and the Hong Kong Cultural Centre. Recent commissions include new music for the Vancouver Symphony Orchestra, the University of Montana, Open Ears Festival of Music and Sound, the Hamilton Children’s Choir, and the Orpheus Choir of Toronto. She is currently the composer-in-residence for female vocal ensemble Myriad as well as the Canadian Men’s Chorus and is primarily based in Vancouver, British Columbia, Canada.

Katerina holds a Master of Music in Composition from the University of British Columbia (’17) and an Honours Bachelor of Music degree in Composition and Improvisation from Wilfrid Laurier University (’15). Katerina serves on the BC Advisory Council for the Canadian Music Centre and on the board for Redshift Music Society. www.katerinagimon.com 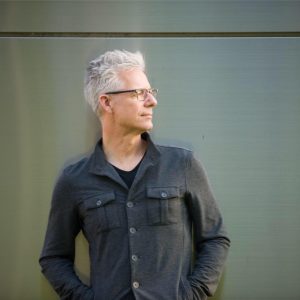 Patrick Carrabré likes bold flavours. Whether he’s chopping things up in the kitchen or blending unique sounds in his studio, the end result is always tasty. Omnivorous as a listener and as an eater, Pat’s influences span history and the globe. While he still finds inspiration in the traditions of western music, his ears have led him to forge connections across a broad range of musical boundaries and explore new models for contemporary music. For well over a decade he worked closely with the Winnipeg Symphony Orchestra, including six seasons as composer-in-residence and co-curator of the orchestra’s wildly successful New Music Festival. Also active in the media, Carrabré served two-seasons as the weekend host of CBC Radio 2’s contemporary music show The Signal.