Join us for a free online concert in our A Little Further Series!

premiering on Friday, November 12, at 7:30 pm on our YouTube Channel.

Programme: (not in concert order) 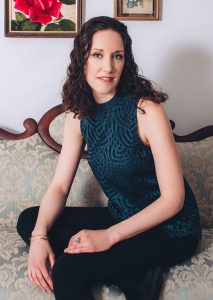 Canadian percussionist Katie Rife is a dynamic performer of classical and new music, and has a deep fascination with the many different sounds percussion instruments can make.

Katie has worked closely with composers for concerts with Vancouver New Music, Redshift Music Society, Music on Main, Allegra Chamber Orchestra, during the ISCM World New Music Days in Vancouver, and as part of Sonic Boom. Previously she was the director and founder of the new music sextet the Ethos Collective, a rare hybrid ensemble of classically-trained musicians who performed both composed and improvised new music, and who were featured as part of Vancouver Pro Musica’s Further Series.

As an improviser Katie has performed in numerous graphic score and conduction projects with Vancouver New Music’s Artistic Director Giorgio Magnanensi, and numerous open score projects and recordings with the Redshift Music Society. Katie also has a strong love of orchestral music and performs as the principal percussionist of the Okanagan Symphony as well as an extra musician with the Vancouver Symphony Orchestra and Vancouver Metropolitan Orchestra.