Are you interested in pursuing composition as a career path? Are you a student, emerging, or freelance composer? Then this event is for you! Our Sonic Boom 2022 Festival opens on the evening of March 10th with a trio of presentations given by professional composers. They will discuss their careers and offer advice to aspiring composers. This year’s event features presentations by Edward Top (our Composer-in-Residence), Kimia Koochakzadeh-Yazdi, and Jordan Nobles. This session is free, open to the public, and will feature an interactive Q&A session. This event is a valuable opportunity to interact with professional composers and learn how you can turn your dreams of a career in music into a reality.

Please note this event has been postponed. We apologize for any inconvenience this may have caused.  We will update this page as soon as we have a new workshop date and time. Thank you!

This event will be held online via Zoom on TBD,  Please RSVP to [email protected] to receive your link to attend.

“Horror composer Edward Top acted as a kind of snake, hypnotizing listeners as frightened little bunnies” is what Dutch newspaper de Volkskrant wrote 25 years ago. As part of Vancouver’s kaleidoscopic music scene since 2010, Top’s music has been identified by The Vancouver Sun as “earthy neo-primitivism” and “a dreamlike expression of (…) the collective unconscious” by the Georgia Straight.

Edward served as Composer-in-Residence with the Vancouver Symphony Orchestra from 2011-2014, working with conductors Bramwell Tovey and Otto Tausk. Holland Symfonia, Schoenberg Ensemble, Tokyo Sinfonietta, among others, performed his pieces, and the Toronto Symphony Orchestra premiered the commissioned work Eruption on tour in Ottawa, Montreal, and Toronto in 2017. Edward spent five years in Bangkok, where he composed Symphony Golden Dragon and Silk Execution, with influences of Chinese opera. Asian culture remains a large influence in his life.

Kimia Koochakzadeh-Yazdi is a composer-performer who writes for hybrid instrumental and electronic ensembles and performs electroacoustic music. Kimia explores the unfamiliar familiar while constantly being driven by the mechanism of the human psyche. Being also a cross-disciplinary artist, she has actively collaborated on projects evolving around dance, film, and theatre. Her work has been performed in cities across North America and previewed in papers such as The New York Times, Georgia Straight, MusicWorks Magazine, Vancouver Sun, and Sequenza 21. Kimia graduated from Simon Fraser University with a Bachelors of Fine Arts in 2020 and is currently pursuing a DMA in composition at Stanford University. 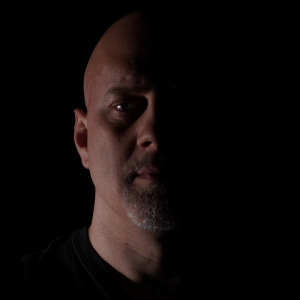 Jordan Nobles is known for creating music filled with an “unearthly beauty” (Mondomagazine) that makes listeners want to “close (their) eyes and transcend into a cloud of music” (Discorder Magazine). Jordan was nominated for ‘Classical Composer of the Year’ at the 2018 Western Canadian Music Awards, his third such nomination. He has received many honours in recent years including a JUNO Award, a Western Canadian Music Award, and numerous International prizes.

He was also the recipient of Jan V. Matejcek Award from SOCAN in recognition of his “overall success in ‘New Classical Music” His main focus is spatial music and making musicians stand in weird places with stopwatches. He lives in Deep Cove, BC with his wife Kelly, and son Julian.