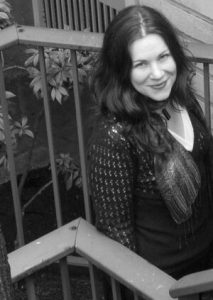 Jennifer Butler is a composer, teacher, and flutist living in Vancouver, British Columbia. Her music, described as “beautifully remote” (Vancouver Sun), “intimate” (Globe and Mail), and “disquieting” (Vancouver Observer), has been commissioned, performed, and broadcast across Canada, in the United States, Australia, and Europe. She holds both a Master’s degree and Doctorate in music composition from the University of British Columbia.

Currently, she is collaborating with poet Tina Biello on a piece for the Vancouver Island Symphony with mezzo-soprano Marion Newman and a commission from Redshift Music for a large percussion ensemble that will be spread throughout the enormous atrium of the downtown branch of the Vancouver Public Library.

Jennifer teaches composition at UBC as a Sessional Instructor, and both composition and  theory at the Vancouver Academy of Music. She is currently the Chair for the Advisory Committee for the BC region of the CMC, and is an active board member for Redshift and the Standing Wave Ensemble. 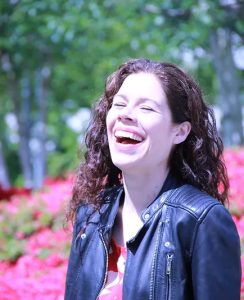 Dr. Hayley has been a soloist with the Vancouver Symphony, the Vancouver Island Symphony, the Allegra Chamber Orchestra, the Turning Point Ensemble, and Capriccio Basel, and has appeared in recital across four continents. She has performed in festivals such as Sonic Boom, the Happening Festival, New York City Electroacoustic Music Festival, Gulangyu Autumn Festival (China), Performer’s Voice Symposium (Singapore), and Festival Atempo (Venezuela), and with organizations like the SMCQ, Chants Libres, CIRMMT, Codes d’accès, Vancouver New Music, Little Chamber Music, and the Land’s End Ensemble.

An avid and adventurous collaborator, her performances have ranged from early music to free improvisation. She is a member of the Erato Ensemble, the Broadwood Duo, and the Hayley-Laufer Duo, and has recorded with Postcommodity, Sun Belt, and the Negative Zed ensemble. She is the Artistic Co-Director of the Blueridge Chamber Music Festival.

Dory Hayley is an enthusiastic and sought-after adjudicator, clinician, and teacher, and a former visiting artist at Harvard University’s Radcliffe Institute, University at Buffalo’s Creative Arts Initiative, and the Afghanistan National Institute of Music, and a frequent Musician in Residence at the Banff Centre. On faculty at Vancouver Community College since 2015, she served as Visiting Assistant Professor of Voice at Mount Allison University in 2021-22. She holds performance degrees from the University of British Columbia, McGill University, and Université de Montréal. 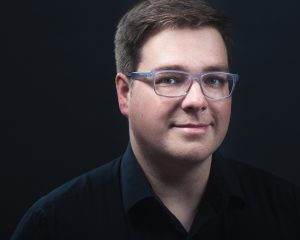 Michael Park (he/they) is a composer and pianist with a keen interest in speech, humour, and collaboration. His music aims to give audiences an experience beyond the realm of traditional concert-going. Heralded for his innovative projects, his Ted Talk Experiencing Disease Through Music has been described as “moving, haunting, and an amazing translation of the disease”. He is the creative mind behind Diagnosis: Diabetes (the interactive chamber opera) and the Bouncy Castle Organ Extravaganza.

Michael’s own compositions have been presented in Vancouver by Music on Main, Vancouver Pro Musica, Redshift Music, Songfire Festival of Song, and Queer Arts Festival. His music has also been performed across North America, with notable premieres in Winnipeg, Boston, and New York. A “wildly talented pianist” (Opera Canada), Michael regularly performs with Erato Ensemble, has been the featured artist at Sonic Boom Music Festival, and continues to collaborate with a wide variety of artists, including dancers, poets, visual artists, and musicians.

Michael is a passionate champion of new music. He’s performed dozens of B.C. premieres as resident pianist with Vancouver’s Erato Ensemble, supported the creation of more than 100 world premieres as founder and co-director of Art Song Lab, and is actively building new repertoire for the genre of speaking pianist through his ongoing solo recital series, Story Time with Michael Park.